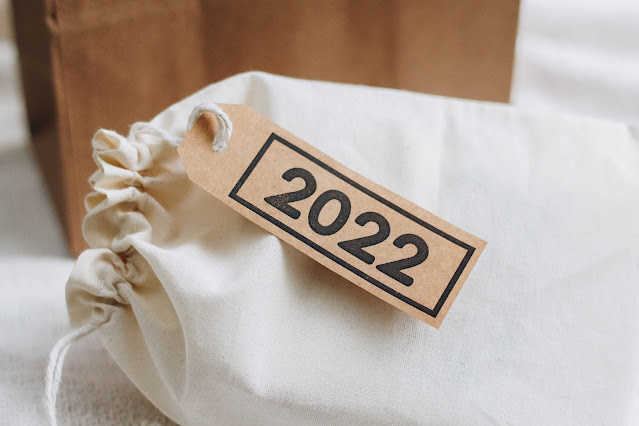 Before sharing these short lines, I want to confess that this essay is an updated, improved and synthesized version of the original essay written in 2018.

You have read it well. The title of this text is: DO NOT MAKE A NEW YEAR'S RESOLUTIONS in this year 2022 that is beginning. However, these few lines are not intended to demotivate you at the start of the year or validate a comfort zone status in your life in general for the next 365 days. In fact, the goal is just the opposite.

The key is to understand the difference between NEW YEAR'S RESOLUTION and 2022 GOAL. The problem with New Year's resolutions is the last name—not the first name—of the sentence, to describe it in simple terms. The problem is precisely when we qualify them as “New Year’s” resolutions. New Year's resolutions, while charged with emotion, ambition and challenge, are practically doomed to fail from the start. The evidence in this regard is overwhelming. Numerous studies of human behavior conclude its ineffectiveness. Among these studies, the University of Scranton (located in the state of Pennsylvania, in the United States), stands out, where it is established that only 8% of the people who propose “New Year's resolutions” manage to achieve them at the end of the 12 months after being stated.

The key is not to make NEW YEAR RESOLUTIONS, but GOALS FOR THE WHOLE YEAR 2022; that is… goals for January… and March… and September… and December. A well-scheduled system of goals for each month that are simple but challenging, exciting but easy to advance on each day. Nations, organizations, families and individuals that manage (to a large extent) to achieve the goals that are set during a given year, NEVER use the term NEW YEAR'S RESOLUTIONS. They use, among others, certain elements that we will briefly describe below:

1.     OBJECTIVES vrs. GOALS. Although there is much literature and schools of thought that dwell on both terms, the most important thing seems to be the practical application, rather than their conceptual meaning. An OBJECTIVE is something bigger… somewhat ideal and difficult to measure, while GOAL is measurable, specific, exciting and with a deadline.

2.     A SYSTEM. A few years ago, we designed for our students and clients a practical system to avoid falling into the spontaneous emotion of a resolution (New Year’s, for example). This system is called the FOUR-LEAF CLOVER: The four leaves are a) Goal, b) Strategy, c) Execution of the operational plan and c) Report card.

3.    INTRINSIC MOTIVATION, RITUALS AND ACCOUNTABILITY. The motivation for New Year’s resolutions is almost always extrinsic (from the outside), so it can fade out at any time. The motivation for important annual goals must be intrinsic (from within). That motivation is carefully nurtured each day with a ritual or habit that is easy to maintain, simple to apply, and gradually grows on a daily or very frequent basis. Accountability must be periodic, against the goal and understanding the reasons for its progress, stagnation or delay.

4.     SHORT-TERM VISION vrs. LONG-TERM VISION. We must learn to understand the symbiotic relationship between the short and long term of goalsetting. The ideal would be to start doing strategic planning of what we want in the long term using the goals of each year as rungs of a ladder that leads us to it.

5.    LEARNING FROM MY BIGGEST MISTAKE IN THIS AREA. Without a doubt, mistakes can be great teachers if we allow ourselves to learn from them. For the longest time (and even today to a certain extent) I sought, at the start of every year, to set a huge number of new goals at the same time (or to continue to accumulate those of the previous year that had not been achieved), unleashing an uncontrolled emotionality with no rationality. The result I was getting was realizing that my bandwidth wasn't enough for everything I wanted to do. Quite inefficient and very, very ineffective. The truth is that “few vital, many trivial” is very useful when setting New Year's goals.

In summary, NOT MAKING NEW YEARS RESOLUTIONS does not mean that we should be stuck or that we should not challenge ourselves in this new 12-chapter, 365-page book, in which we are about to write; even less so that this year should be a copy (as a PDF, photograph or photocopy) of the previous year. ON THE CONTRARY… it is time to start running that 42K marathon, from the first kilometer, until we reach the final goal, next December 31st at noon, as advised by Peter Drucker (1909-2005), illustrious father of contemporary management. Drucker suggested that each December 31st, at noon, we should all review the results we had obtained versus the goals we had set on January 1st, that same year (following the example of history’s greatest, such as Leonardo Da Vinci, Benjamin Franklin, and Mozart, among others).

A healthy way to structure our goals for 2022 could be to consider them in a not one-dimensional, but rather comprehensive way (covering the 5 areas of health: PHYSICAL, MENTAL, EMOTIONAL, SPIRITUAL AND FINANCIAL).

The first days of a New Year are fertile ground to think about how to turn the dreams we have into goals, and those goals into results. The ball is in our court. It's time to get the ball rolling.