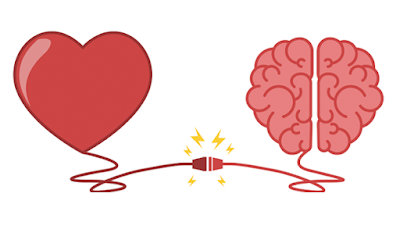 The concept of Emotional Intelligence is so exciting, interesting and important that I could easily write many paragraphs about it. However, I have decided to do basically the opposite. I have challenged myself to write the most content in the fewest paragraphs possible. I will, therefore, challenge myself to write an executive summary.

The first time I heard the phrase emotional intelligence was in 1995 when Daniel Goleman, the illustrious Harvard University's Psychology Phd. (a disciple of the famous psychologist David McClelland), wrote the book that placed the concept in the world's sight. The interesting fact is that Goleman is not the person who discover emotional intelligence, since it was discovered by the scientists Peter Salovey and John D. Mayer in 1990.

The book written by Daniel Goleman became a New York Times Best Seller for a year and a half, reaching millions of people, having been translated into 40 languages. However, the book's greatest merit was not its own sale, but the secondary effect which was that practically all of us wanted to know what this combination of words was about, considered by some until that date, antagonistic to each other.

Emotional Intelligence, in summary, is defined as the ability to percieve, identify, understand and regulate one's own emotions and those of others in the search for growth. That said, the most catalytic or transformative element of the concept is that emotional intelligence is different from cognitive-intellectual intelligence. Humanity had long considered intellectual intelligence as the almost sole predictor of personal and professional success. People with high IQs were almost doomed to succeed, regardless of almost any other factor, after scoring 115 or higher on their IQ test.

Daniel Goleman started a silent revolution, where the door was opened to the concept that someone with a high emotional quotient could go even further than someone with a high IQ. After 25 years of the book being published, numerous scientific studies and field experiences carried out by distinguished researchers from different latitudes on the subject, I allow myself to synthesize a few relevant points to understand and apply this extraordinary concept to our lives.

1.                  Emotional intelligence has 5 basic components. a) Self-awareness (ability to recognize personal emotions and their effects on others); b) Self-regulation (ability to control or redirect impulses and moods); c) Internal motivation (passion to work for internal reasons beyond status or remuneration); d) Empathy (ability to understand the emotional structure of other people and ability to deal with them); e) Social Skills (managing relationships with others, creating networks and effectiveness to lead change).

4.                       In the work environment, emotional intelligence can be, in some cases, even more important than cognitive-intellectual intelligence. The results of various studies in different industries have provided interesting data. Research by the Center for Creative Leadership in the United States (20,000 people in 2,000 organizations including 80/100 of the Fortune 100 Companies) has shown that the three reasons for not achieving the goals in organizations are: a) Difficulty in change management, b) Almost no ability to work in a team and c) Very poor interpersonal relationships. In short, lack of emotional intelligence skills.

7.                          Five practical actions to increase emotional intelligence quotient. Let me share some actions that can help us improve our emotional intelligence: a) Establishing a simple system to effectively manage stress; b) Facing each problem as a situation, not as a problem; c) Learning to describe, in detail, the emotion we feel; d) Redefining how to react to a negative person, before expressing it in words or actions and e) Practicing volunteering for those most in need as a means to develop practical empathy.

Emotions are, by definition, the main motivators of human behavior. However, the human being is quite imperfect in dealing with them, both individually and organizationally, as a family or as a society, as a nation or as a planet. Being emotionally intelligent is not synonymous with weakness, but precisely the opposite. It is synonymous with strength. The good news is that we can learn, grow, and evolve in our search for emotional intelligence every day of our lives. Today could be a good day to do it.