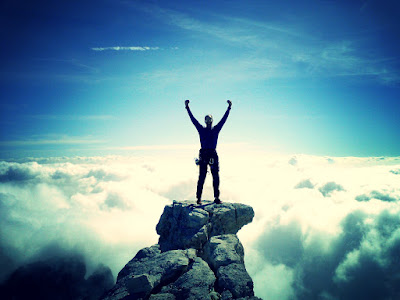 
"GRIT is living life as if we are running a marathon, not a short race distance."
- Angela Duckworth

I vividly remember how a few years ago in a city  south of my country Honduras, I  was passionately training  a team of collaborators on the concept of GRIT. Suddenly, in a polite and courteous way, a middle-aged man, with an intelligent look but with very little academic training, raised his hand to ask me a question: -Excuse me, Sir: can you please  translate that word GRIT into Spanish since I don't speak English. - He said hoarsely. The truth is that the objective of writing these lines is the same as back then. To translate the meaning of GRIT.

I have to acknowledge the fact that I always look for the person who proposes the concept. I like to try to understand the genealogical tree of the idea knowing the human being who proposes it.
Angela happened to be a very interesting character to me. She is an american citizen,  daughter of Chinese immigrants, that obtained a solid academic background (a degree in neurobiology from Harvard, a master's degree in neuroscience from Oxford and a doctorate in psychology from Pennsylvania). However, it was not only her academic credentials that led her to put the concept of GRIT in the world of organizations. It was a mixture of curiosity and hard work, backed  with a natural talent for observation and interpretation. The best example of them is that Angela, discovered with measurable and validated results, that in the group of 12 and 13-year-old students she had  when she taught classes, the most intelligent were not necessarily those who obtained the best results from their learning. His burning desire to find a link between intelligence  and better scores was overshadowed by a new discovery: GRIT.

GRIT is defined as passion and perseverance to achieve difficult  long term goals,  whose path is full of inconveniences, problems and difficulties. One might dare to think that it is perseverance only, but it really is much more than that.

GRIT is the hope that if you don't have an above-average IQ, you can still achieve your work goals, learn another language, and master math in a class. It is really the validation of the premise that nothing beats intelligent hard work. If we want to hack the GRIT algorithm, a first step could be MODELING, that is, studying the habits and behaviors and  attitudes of those who achieve wonderful things. Another step may be to MEASURE our results obtained against a set goal.

However I  personally consider that the key lies in the concept of REACHING. GRIT does not apply to trying and let it go when I don't feel like doing it. Nor does it apply only to business or sports. It is not a fashion or a trend. It is not a trending topic on Instagram or twitter. GRIT is a state of mind that is operationalized as a habit.
I have no doubt that the best possible definition was given to me at the end of training by that same man with a hoarse voice: --- Sir ... You seem like a cool guy. I  like you ... and  that's why I'm going to give you my definition of GRIT in four words: Don't crack until you get there - “  I definitely can't compete with that brilliant definition, but what I can do is invite you to put it into practice today.